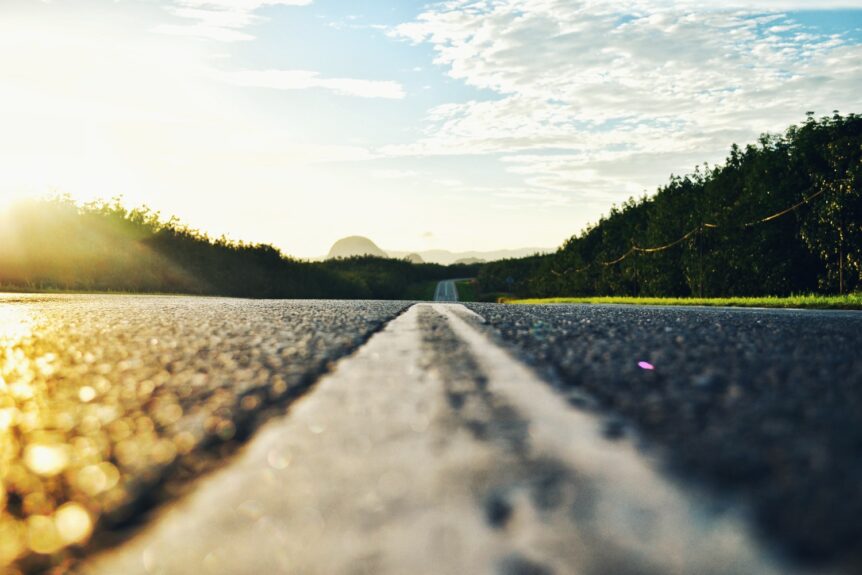 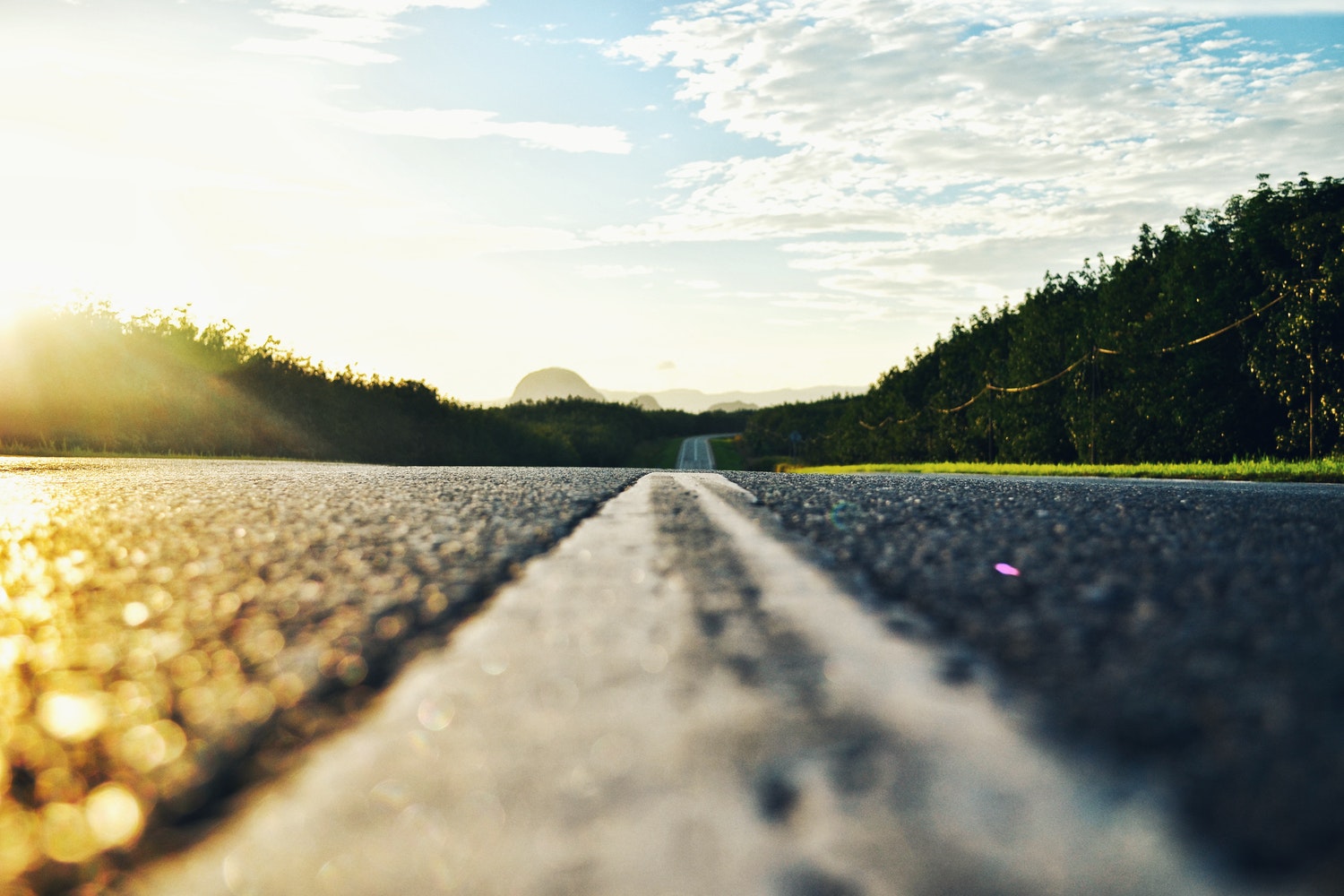 The East Coast is one of the most diverse, picturesque regions in the United States. With serene beaches, vast mountain ranges, and vibrant autumn forests, and quaint historic towns that you’ll never want to leave, the East Coast is a uniquely American destination.

Because the East Coast is so vast, it’s nearly impossible to pick just one city or town to visit. This also makes for the perfect multi-day or multi-week road trip. Why choose one when you can have it all?

A road trip through the East Coast will take you through a colorful range of terrain, culture, and history, showcasing the four distinct seasons that can’t be experienced elsewhere.

Look no further than the East Coast for your next road trip. Here are our favorite routes through one of the most stunning regions in the country.

Maine’s coastline stretches more than 3,400 miles at the East Coast’s northernmost point. Renowned across the world, these rocky, jagged shores produce some of the best lobsters in the world. Whether you dip a Maine lobster in butter or mix them into decadent mac-and-cheese, you can’t go wrong with this highly sought-after and delicious ocean dweller.

Traveling down U.S. Highway 1, locally known as “The Lobster Trail,” you will come across far more than just fresh lobster joints. From your start point in Ogunquit, you will have access to over three miles of white-sand beaches. Take it in because such patron-friendly beaches are few and far between in Maine.

Ogunquit is also home to the picturesque Perkins Cove harbor, where you will enjoy your first lobster of the trip. On your way to the historic shipbuilding center in Kennebunkport, you can stop at George H.W. Bush’s summer home, Walker’s Point Estate, which has hosted the likes of Bill Clinton, Condoleezza Rice, and Vladimir Putin.

One of the most popular dwellings for visitors of this area is the 150-year-old White Barn Inn. After enjoying a legendary lobster roll at the Clam Shack, you can take a relaxing sailing trip into the Northern Atlantic.

As you drive north to Portland, stop at Cape Elizabeth, which is home to the storied Portland Head Light, a lighthouse built in 1791. In Portland, you can enjoy the working fish wharves, quaint shops, and the gallery walk of this seaside town.

Continue traveling north to Georgetown and Rockland, where you can enjoy even more coastline and lobster. After over 230 miles, you will reach your endpoint of Acadia National Park. In addition to more than 45 miles of bike trails, Acadia offers the best hiking in the northeast.

One of our favorite trails is Thunder Hole, a small inlet in Acadia’s unrivaled coastline where waves crash against the rocks, creating a thunderous sound and spraying water up to 40 feet in the air. For a more serene vibe, check out South Bubble, where you can achieve an unmatched view of serene Jordan Pond and season-changing East Coast trees.

If you’re looking for an East Coast destination on its southern end, Florida features one of the most unique road trips in the contiguous U.S. We recommend renting a convertible, because this 165-mile stretch from Miami to Key West offers warm, tropical weather and beaming sunshine that’s best enjoyed with the top down.

What’s so special about a South Florida road trip? On this route, you are literally island-hopping in your car, driving across the ocean from key to key.

United States Highway 1, colloquially known as the Overseas Highway, takes travelers across 42 bridges to traverse the Florida Keys, a string of islands south of the Florida mainland. The most iconic of these bridges is the Seven Mile Bridge. Among the longest bridges in the world, this aptly named bridge spans seven miles over the glimmering ocean.

You can begin your journey in Miami, enjoying the vibrant culinary scene, relaxing on the white sand beaches, and taking in such sites as the Wynwood Art District. As you head south on U.S. Highway 1, be sure to breathe in the ocean air and stop for a slice of key lime pie.

Key Largo is the defining stop on your road trip. Known as the “dive capital of the world,” it boasts the first underwater state park in the U.S. John Pennekamp Coral Reef State Park is home to one of the country’s few living coral reefs. You can snorkel, scuba dive, or set out on a glass-bottom boat to experience the awe-inspring diversity of marine life. You can even take in the view from above via parasailing.

After a soothing drive of fresh air and otherworldly views, you will end up in Key West, a vibrant beach community that has hosted writers such as Ernest Hemingway and Tennessee Williams. You can visit both of their houses where they, respectively, wrote parts of “A Farewell to Arms”and “A Streetcar Named Desire.”

In addition to the sprawling beaches and vibrant culture of Key West, you can also check out the “Little White House.” U.S. presidents such as Ulysses S. Grant, Franklin D. Roosevelt, Harry S. Truman, Dwight D. Eisenhower, and John F. Kennedy frequented this summer house to get well-deserved rest and relaxation.

Between Charlottesville, Virginia, and Asheville, North Carolina, is one of the most picturesque routes in the U.S.: Blue Ridge Parkway. This 384-mile journey takes travelers from Shenandoah National Park, over the Blue Ridge mountain range, and into the Great Smoky Mountains. The Appalachian scenery is spectacularly marvelous.

Before beginning your journey, spend a day in Charlottesville to visit historic sites like Thomas Jefferson’s Monticello. You can also hike along the Appalachian Trail or fly-fish in the Tye River. Natural Bridge State Park, a 215-foot-high natural limestone arch also known as “Nature’s Cathedral,” is a must-see.

As you head further south, you can stop in Roanoke, home to the Floyd Country Store. On weekends, you can listen to live bluegrass music while indulging in tasty treats. Further along, check out Mabry Hill, a historic landmark of Appalachian culture. Staying the night here is recommended, as Primland offers an observatory for unparalleled stargazing.

If you liked the tunes at the Floyd Country Store, be sure to make a stop at the Blue Ridge Music Center, where spectators can enjoy live performances daily. The picturesque drive will continue to one-up itself as you pass the North Carolina border. Pro tip: Make this trip during the fall, especially if you don’t have such dramatic seasons where you’re from. The long, winding turns through bright red-orange forests are an experience to be remembered.

By the time you reach Asheville, you can tour the storied Biltmore Estate. Built for George Washington Vanderbilt II between 1889 and 1895, this 178,926-square-foot Châteauesque-style mansion is the largest privately-owned house in the U.S. You can live like a Vanderbilt by staying at one of the three on-premise hotels.

Travel From the City to the Country

Between New York City and Woodstock, New York, is a stunning tour of upstate New York. Before beginning your trip, spend some time in the Big Apple. Take a tour of Ellis Island and the Statue of Liberty, go to the top of the rock at Rockefeller Plaza, grab a pastrami sandwich at Katz’s Deli, and catch a comedy show at the Comedy Cellar.

To escape the hustle and bustle, cross the George Washington Bridge and head north along the Palisades Parkway, which hugs the Hudson River. A noteworthy pit-stop is the Storm King Art Center, home to impressively massive outdoor sculptures. Continue heading north until you reach Beacon, which is a good place to call it a night. There, you can grab dinner beside the beautiful Fishkill Creek and take in the arts at Dia Beacon.

Next is Mohonk Mountain House, an isolated resort along the Hudson River, surrounded by nothing but season-changing trees. There, you can join nature by taking out a canoe or rock climbing in the Shawangunk Mountains. Nearby, you can find the quaint towns of Rosendale and High Falls, which host a variety of upscale and boutique shops.

At the end of your journey, you will reach the bohemian town of Woodstock. While it’s well-known that this town did not host the legendary 1969 festival, it certainly feels like it did. There, you can browse a wide variety of boutique shops, expertly-curated book stores, and a delicious culinary scene.

Explore the East Coast With Autio

The East Coast has so much to offer travelers of all tastes. Head north for uniquely regional cuisine and a taste of American history in small towns and big cities alike. Road trippers searching for fun in the sun can head south for world-class beaches and globe-trotter-attracting cultural events. Driving down the East Coast is a trip worth taking, no matter where you’re from.

Are you looking for something to listen to on your East Coast road trip? Download Autio and explore why the East Coast continues to be one of the most visited U.S. regions in the world. We curate content based on your interests – from sports to history to local culture – and package it into a high-quality “road trip companion” you can access at any time, so you don’t miss a thing.

Check out Autio today. The world is waiting for you.

The Most Beautiful Places in Upstate New York | Thrillist

16 Best Stops On Your Miami To Key West Drive | FloridaTrippers.com