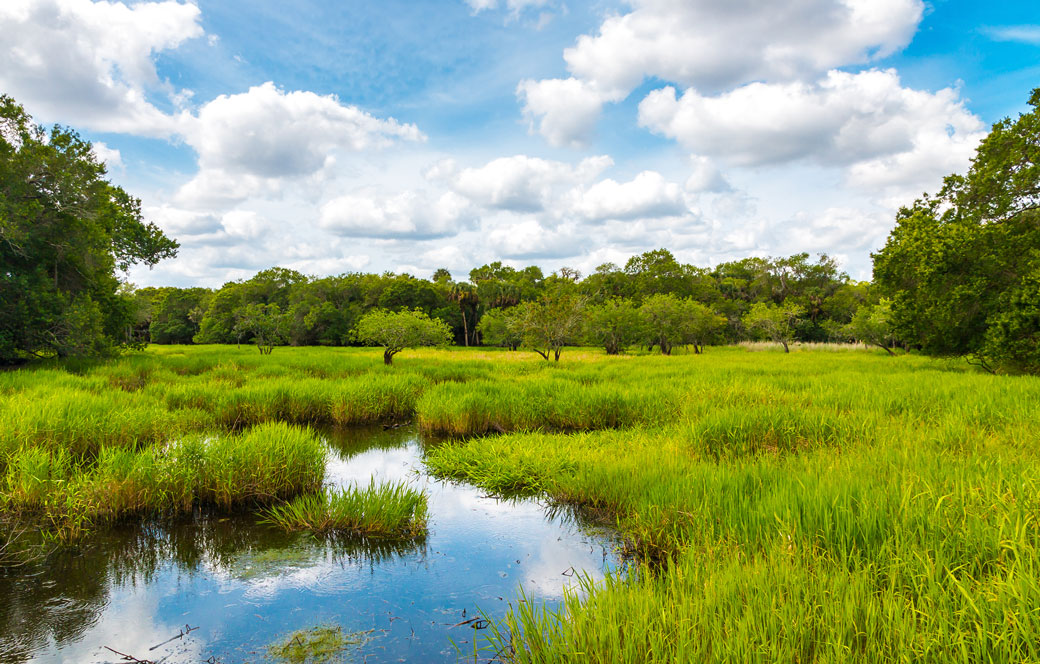 As we continue our trek across the country to bring you stories of the people, places, and things that we hope you find entertaining and possibly educational we’ve hit a milestone. Actually, HearHere has hit the beach! We made it all the way from our first stories of California on the big blue Pacific to the shores of the glittering Atlantic. True, it wasn’t a straight line, but as J.R.R. Tolkien wrote in his Lord of the Rings trilogy, “Not all who wander are lost.”

So let’s keep wandering and head up America’s East Coast starting in Florida. Most people have heard of the famous naturalist, John Muir, whose work and study in the “interconnectedness of everything” gave the impetus for the National Park system we have and enjoy today, especially places out west like Yosemite and Yellowstone. But did you know he started formulating his philosophy while wandering through the swamps of Florida as part of a 1,000-mile walk he took in the 1860’s? Yep, it’s true, and you can listen to that story here. 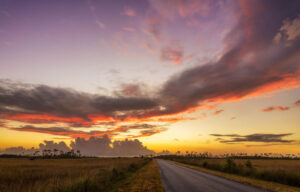 Even though it was one of the first places that explorers landed in the 1500s, Florida, with its snake and alligator-infested swamps, heat, humidity, and mosquitoes was the last state on the Atlantic Coast to be developed. As a matter of fact, it wasn’t until 1928 – after 13 years of hard work, muck, and misery – that a road was built through that great American swamp, the Everglades, to connect Florida’s two largest cities, Miami and Tampa. It’s the story of the Tamiami Trail, and we have it for you here 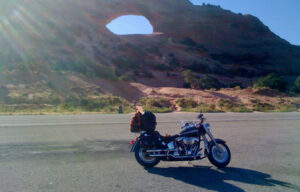 Roads surely opened up this country. Back in 1930, there were very few paved roads that went from the Pacific to the Atlanticlike (shameless plug),  HearHere now does, so imagine a teenager riding a motorcycle across the United States in those days – pretty impressive, right? The fact is, that teenager was an African American girl. Now that’s even more impressive, but she did it eight times! Her name was Bessie Stringfield. She made history and eventually became the “Motorcycle Queen of Miami.” Her story is truly inspiring. You can hear it here. 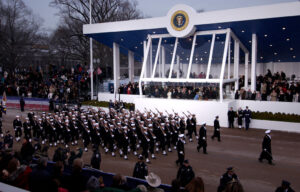 Another history-maker, although he didn’t know it at the time, was Sandersville, Georgia’s, native son, Willie Lee Duckworth, a buck private in the army in World War II. During a weary training march, he made up a song to keep his fellow draftees in cadence – and entertained. Today, that song – now known as “Sound Off” – is sung by soldiers and has changed the face of military marches. It’s a fun story, and here it is.

Georgia is full of Colorful Characters and one of them was an early Governor right after the American Revolution. His political ambitions were cut short by his rival in 1777 in what was a customary way of settling an argument in those days – a pistol duel. It’s one of those stories that remind you how different things were 250 years ago. Listen to it here.

Speaking of different, what do you call a sea-creature that’s half-sturgeon, half-alligator, somewhere between 20 and 30 feet long, and lives near the mouth of Georgia’s Altamaha River? Why, you call him (or her – who knows?) Altamaha-ha or Altie for short. Altie has a history of being sighted by Native Americans since before Europeans came to North America all the way up to 2010. In this story, we run down several of those sightings for you, but it’s up to you whether you believe them or not.

As we wander the rivers, the beaches, the forests, small towns, and big cities of the United States we hope you’ll join us. Better yet, take us along on your wanderings. We promise to keep you entertained, informed, and hopefully, inspired. If you haven’t subscribed yet, you can do so by following this link.