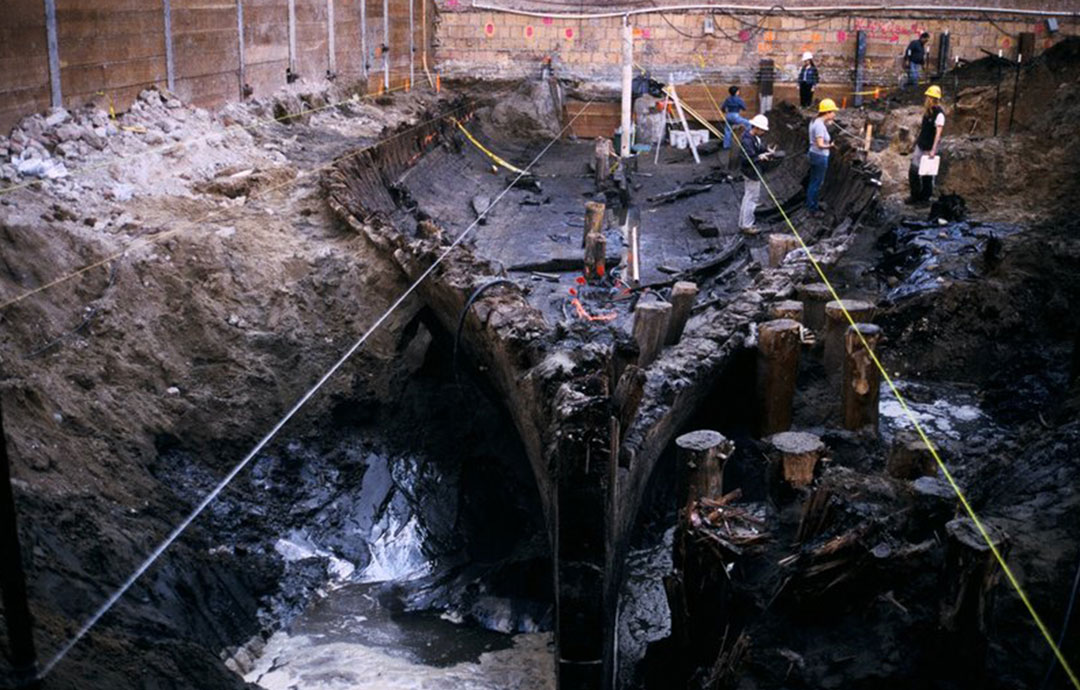 San Francisco is a city whose adventurous and creative inhabitants, from the very start, have chosen to live by a different set of standards.  How their city came into being made this a necessity. Anyone living in San Francisco in the 1800s, unless they were born there, arrived by traveling hundreds and sometimes thousands of difficult miles, either by land or sea, for very specific purposes.  You didn’t just end up in San Francisco back then— you intentionally journeyed there for a dream or a goal. This intrepid, scrappy, restless spirit continues to be the bowsprit of this city and is best seen in its unique history.  Here are some examples of this from SF's ship dependent past.

The Cliff House is a high-end social space and restaurant built on, just as the name implies, an ocean cliff. One night in 1887, a large ship full of thousands of pounds of incendiaries and iron pellets- a bomb in ship's clothing- lodged itself in a cove beneath the restaurant during a storm and exploded.  The crew had abandoned the ship before the explosion, but the restaurant suffered terrible damage. The next morning, while the managerial staff of the Cliff House was observing the wreckage, they noticed a large group of onlookers who came to see what the fuss was about.  The staff quickly cleaned out the shrapnel from the bar and declared it open for business.  Needless to say, the profits on the day after the explosion were record-breaking.

The Navigation Trees In the late 1820s, a skipper named F.W. Beechey decided to solve a unique San Francisco Bay problem: right in the middle of the bay was a hidden rock that kept punching holes in the bellies of ships.  His solution was to use the tip of Yerba Buena Island as it related to two particularly large Redwood trees growing in the hills above Oakland to approximate the location of the rock and avoid it.

This was an effective remedy for about 20 years until the two Redwoods were logged to make way for a neighborhood.  In 1870, the Army Corps of Engineers finally blew the top off the pesky rock and 60 years later the still dangerous lower bits were blasted away.

Buried Ships Under San Francisco The gold rush changed everything for San Francisco. Overnight it burgeoned into a hub of gold-hungry, opportunistic adventurers.  Unfortunately, the large number of ships the miners rode in on clogged up the harbor.  Frisco's answer to this problem was twofold: dismantle some of the ships to use as a building material and sell off the mucky tidal flats as real estate plots.  If a person promised to fill in and build on the tidal flat they were interested in, they could buy it.

The buyers “filled in” their waterlogged plots by scuttling (sinking) their ships over them.  Today, unbeknownst to most of the people going about their lives above, there are 30-60 ships buried right underneath San Francisco.

Want to hear more about the strange decisions and events of the past that have literally, like S.F.’s buried ships, built the present?  Explore these stories and more on the HearHere iOS app today.