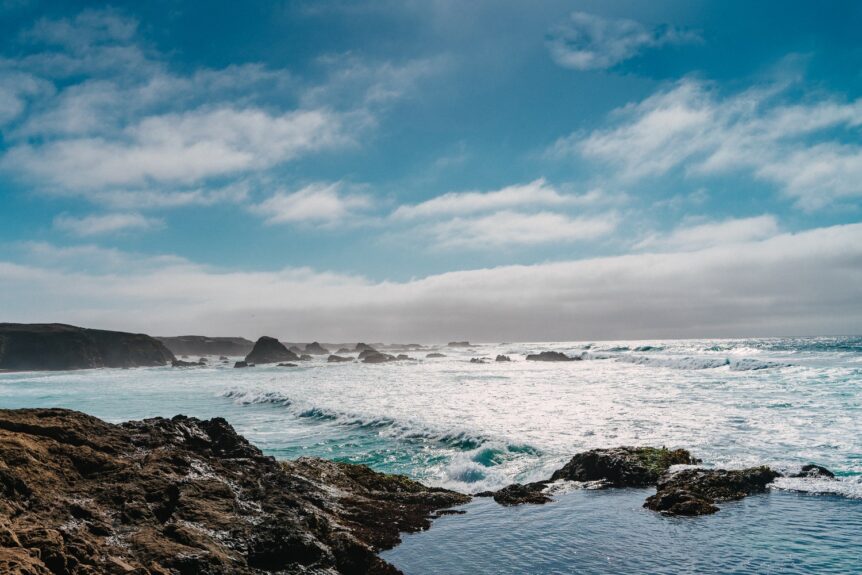 With infinite options, it can feel impossible to choose which U.S. road trip to take next. Still, you can’t go wrong exploring the Pacific Coast Highway. There are so many options just within this stretch of paradise, and the right Pacific Coast Highway itinerary may just create the perfect adventure.

Hugging California’s serene coastline, jagged mountains, and towering trees, the PCH is one of the most astounding scenic routes in the world. The term “scenic route” especially defines this highway because it’s far more than a means of transportation. The PCH was built for drivers who want to take their time and fully experience California’s spectacular coastal views.

From surfing villages to wine country, the Pacific Coast Highway will give you a taste of California’s expansive beauty and culture. Take a look at HearHere’s guide to the perfect PCH road trip.

Drive Through the Golden Gate Bridge

Whether it’s your starting point or your finish line, there’s nothing San Francisco.

Taking a stroll across the Golden Gate Bridge is a California road trip given. Once the world’s longest expansion bridge, its 1.7-mile expanse provides some of the best views of the San Francisco Bay. Cap off your walk with a picture in the Marin Headlands and lunch in the upscale downtown Sausalito.

From there, you can explore the city via SF’s old-school cable cars. Have a picnic in Golden Gate Park where Janice Joplin and The Grateful Dead performed live during the Summer of Love. Then, check out the sites and seals at Pier 39, grab a bowl of clam chowder along Fisherman’s Wharf, and take in the views at the Presidio.

A trip to San Francisco wouldn’t be complete without a tour of Alcatraz. Now defunct and operating solely as a museum, Alcatraz once imprisoned famous criminals like Al Capone, George “Machine Gun” Kelly, and James “Whitey” Bulger.

Catch Some Waves in Santa Cruz

Known worldwide as a surfing mecca, Santa Cruz offers some of California’s most beautiful and expansive beaches.

You can enjoy the water by taking a surfing lesson, renting paddleboards, or reading a good book on Santa Cruz’s snow-soft sand. Downtown Santa Cruz offers an array of shops and eateries, as well as the legendary Santa Cruz Boardwalk. Featured in the film “Lost Boys,” the Boardwalk is home to the historic Big Dipper, a century-old wooden roller coaster that over 60 million people have ridden since its opening.

One town away from Santa Cruz is quaint Capitola. Capitola has a small beach town vibe, featuring beach-oriented boutique shops and waterfront restaurants across its surfer-heavy coastline.

Santa Cruz is home to some of the most stunning mountains in California. Take a hike through California’s redwoods and try to spot a bright yellow banana slug, the mascot of the University of California at Santa Cruz.

Perhaps the most iconic of the Pacific Coast Highway’s sites, Big Sur is a section of California’s central coast where the Santa Lucia Mountains and cliffs rise abruptly from the Pacific Ocean.

Among the state park’s many attractions include Mcway Falls and the rocky Pfeiffer Beach, which features one of the most famous rock arches in the world. The best view in the area is from Bixby Creek Bridge, an iconic bridge that provides an unobstructed view of Big Sur and the Pacific Ocean.

It is impossible to leave Big Sur without feeling inspired.

Take a Beat in Cambria

This charming seaside village is home to rocky shorelines, astounding bluffs, and tide pools teeming with sea life like whales. One of California’s most relaxing oceanfront towns, Cambria is best enjoyed via long walks along its extraordinary coastline.

Its pleasant downtown area hosts a plethora of boutique shops, restaurants, and even a microbrewery. Cambria is also the home of Hearst Castle. Built by William Randolph Hearst—the inspiration for “Citizen Kane”—Hearst Castle includes 56 bedrooms, 61 bathrooms, a movie theatre, an airport, and a Romanesque bath complex. There’s even a functional zoo filled with zebras and other exotic animals.

Not too far from Cambria is the Piedras Blancas rookery, where hoards of 8,000-pound elephant seals come to rest, breed, and fight.

Known to locals as SLO (pronounced as “slow”), this relaxed college town on the central coast is just a quick drive from Cambria.

SLO is home to unbeatable beaches like every location on this list, but it also offers so much more. Nearby is more than 30 local wineries where you can tour vineyards and enjoy extravagant tastings.

San Luis Obispo also offers incredible hiking trails, such as the Point San Luis Lighthouse. This 19th-century lighthouse sits solitarily on a secluded bluff near Avila Beach. Overlooking the expansive central coast, this destination provides some of the best views in the area.

SLO’s downtown area has a smattering of quirky attractions, such as Bubblegum Alley and the quirkily decorated Madonna Inn.

Santa Barbara is a must-stop destination along your road trip, offering the charm of a historic beach village, the energy of a college town, and the glitz of an upscale city.

Settled by Spanish explorers in the 18th century, this small metropolis is filled with adobe homes and Spanish Colonial Revival architecture. Travelers can explore this history at the beautiful Old Mission Santa Barbara.

Santa Barbara also offers some of the best eateries along California’s coast, like Enterprise Fish Co., where you can shuck $1.50 oysters during happy hour. Twenty minutes inland is Cold Spring Tavern, a bar and restaurant first established in 1886 as a stagecoach stop.

Like all cities on this list, a day lounging on Santa Barbara’s beaches is a day well spent.

Walk Among the Stars in Los Angeles

What can you do in Los Angeles? The better question is: What can’t you do?

Home to Hollywood, a trip to Los Angeles would not be complete without an inside look at the entertainment industry. Count stars along the Hollywood Walk of Fame, catch a movie at the historic Chinese Theatre, cruise down Mulholland Drive, and learn how your favorite movies were made at Universal Studios.

Los Angeles is also home to incredible hikes. From the Griffith Observatory, you can get a panoramic view of the City of Angels, including the legendary Hollywood Sign.

If you wanted to spend your time in LA doing nothing but eating, we wouldn’t blame you. LA is a beacon for foodies worldwide—and with good reason. From authentic Mexican food to luxurious sushi experiences, LA provides a selection of the best foods from around the world.

A short drive inland takes you to Anaheim, the home of Disneyland. Whether you’re traveling with kids or not, Disneyland provides an unforgettable experience for people of all ages on a California coast road trip.

Close to the border of California and Mexico, San Diego is commonly referred to as the “Birthplace of California.” The first European settlement on the West Coast, San Diego is now a bustling coastal city with unbelievable weather, some of the most picturesque beaches in the state, and plenty of history and culture.

The beaches in San Diego are unmatched. Point Loma and La Jolla provide beautiful coastlines and quaint, upscale downtown areas. For a night out, look no further than the Gaslamp Quarter, a 16-block stretch downtown filled with the best restaurants and bars in San Diego.

In addition to its unmatched beaches, San Diego offers a plethora of incredible museums. The most popular is the USS Midway, which served in the Vietnam War and Operation Desert Storm. Permanently docked at San Diego’s Embarcadero, this legendary vessel is now the largest museum in the world dedicated to aircraft carriers and naval aviation.

San Diego is also home to the most visited zoo in the U.S. Widely regarded as one of the best zoos in the world, the San Diego Zoo features cageless enclosures designed to mimic the natural habitats of each animal.

San Diego is a perfect destination for adults and families alike and serves as a perfect conclusion to your California road trip.

Explore the California Coast With HearHere

Are you looking for something to listen to on your drive down the Pacific Coast Highway?

Download HearHere and explore why the Pacific Coast Highway is the gateway to everything California has to offer. With over 8700 bite-sized stories to help you learn all about the Earth around you, HearHere helps you connect to the tales that made each of these iconic California locations the cultural touchstones they are today.

Check out HearHere, and let the journey be your destination.

Los Angeles: Things to Do | Travel.USNews.com

7 Classic California Road Trips to Drive in Your Lifetime | Afar