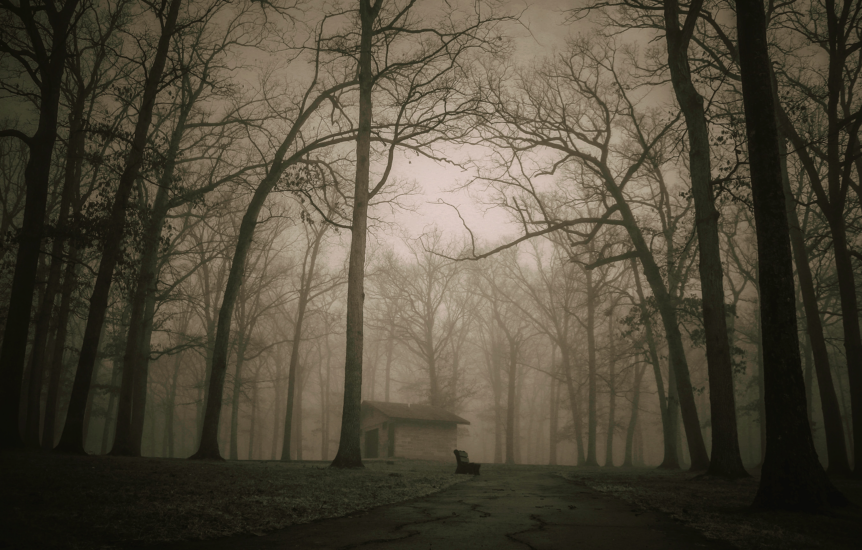 Do you believe in ghosts?

Whether you’re looking forward to the haunted houses or sweet treats of Halloween the most, get into the spirit with these spooky stories from HearHere. The ghosts of beheaded soldiers, abandoned ships, and haunted mansions await you in the HearHere App...

The Legend of the Red Ghost

In 1857, the U.S. Army decided to import a large number of camels to transport explorers and supplies. Many believed their strength and endurance would make them better suited than horses for the new climate and terrain of the southwest. They were wrong; the camels were angry, mean, and stubborn. The camel experiment was a total bust. Some of the camels were auctioned off, while others were just turned loose in the desert. What happened to the rest of them? The most popular local lore tells of the Red Ghost, and the story goes like this. Back in 1883, a woman was found trampled to death. Close to her mangled body, red clumps of fur and huge hoof prints were discovered. A rancher saw the camel and reported a rider on top of it, but the rider appeared to be dead. A group of prospectors also made a similar claim, and witnessed a skull fall off the back of the camel. For the next several years, the camel, dubbed the Red Ghost, continued to be seen until it was killed. But who was the corpse rider?

Listen here — The Legend of the Red Ghost 🔊

How many ships are currently lost at sea? Abandoned in 1931, the SS Baychimo would continue cruising the wild North Pacific without a crew for decades. During a blizzard, the Baychimo’s crew was forced to evacuate and leave the boat at sea, which became trapped in packed ice. The captain and crew waited out the weather for two days before returning to check on the ship. To their surprise, though, when they returned to the site, the pack ice had broken up, and their vessel was now drifting out to sea. The weather was too dangerous to reclaim the boat, so the crew set up camp on the ice to keep an eye on the ship. The early winter storms continued, though. As winter storms continued, most of the crew left but those who stayed watched as the SS Baychimo finally floated out of sight.  The defeated captain believed she had succumbed to the sea, but a few days later, an Inuit seal hunter reported seeing the boat a few miles out. Eventually, the cargo was offloaded, but the ship, severely damaged by all the storms, was just left out at sea, where she drifted aimlessly for more than three decades. There have been several attempts to bring her in, but all have proved unsuccessful. She was last seen again frozen in pack ice in 1969, 38 years after being abandoned. In 2006, the Alaskan government initiated a program to try and find the ghost ship. Whether she is still afloat or on the bottom of the ocean remains a mystery...

There are several spins on the story of this haunted bridge, but all the legends involve a baby drowning in the creek. The first legend tells of settlers passing through the area in the late 19th century when Native Americans attacked them, and a baby named Theorosa was kidnapped. Her grief-stricken mother was said to have left the wagon train to search for her missing daughter and reportedly continues to look today as her mournful cry can still be heard calling out for her child. Another legend tells of a skirmish between some cavalrymen and an indigenous tribe who was living by the creek at the time. In this version, an Indian woman is stabbed, and her baby is dropped into the creek where it drowned. Yet another tale suggests that a young woman named Theorosa has an illegitimate baby and drowns it in Jester Creek to hide her shame. Later, overcome by guilt, she drowns herself in the creek as well. The last account describes an engaged woman who fell in love with another man and bore his child. Jealous with rage, her fiancé reportedly threw the baby over the bridge into the creek, and Theorosa jumped off the bridge to save her baby; they both drowned. In any event, the bridge has been haunted for years. Many have seen floating balls of light, eerie shapes, and the apparition of a woman in the area around the bridge. Rumor has it that if you call out to Theorosa, telling her that you have her baby—which is a pretty messed up thing to do—she’ll come out of the water and attack you. Care to give her a call?

Did these stories give you a fright? There are plenty more ghosts and skeletons in the archives of the HearHere collection just waiting to be unearthed. Explore more stories and have a happy Halloween!

If you enjoyed these stories, & are ready for thousands more across the US, download the HearHere iOS App today.