Now Playing - Tennessee and the Carolinas

These are trying times for all of us. Sometimes just hanging a map on the wall, throwing a dart at it, then climbing into your car and heading to the spot on the map where the dart landed is just what the doctor ordered. If a “Road Trip!” worked for Bluto, Otter, and the other frat-rats in Animal House, it should work for you as well.

Now we all know that that movie was pure fiction, but here at HearHere, we believe that every once in a while you need to hit the road and blow your mental cobwebs away. We also believe that you need to take HearHere – your ultimate road trip companion – with you; whether it’s just down to the local supermarket or a trip ‘cross country.  So let’s go. Today, we’re opening the doors of our library and rolling out stories of the Carolinas and Tennessee. 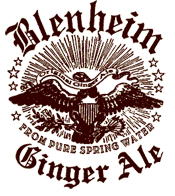 One thing you can believe in is that an ice-cold ginger ale sure tastes good on a hot South Carolina afternoon. It’s no wonder, then, that wonderful beverage was invented in this state. Years ago, doctors told their patients to drink mineral water to cure a whole raft of maladies. The problem was that the minerals in the water made it taste pretty awful. A doctor in Blenheim, South Carolina, experimented with flavoring it and when he added some Jamaican Ginger he knew he had a hit. You can listen to the story of the first ginger ale right here.

Another invention of sorts originated here in South Carolina. After trying to conduct a church meeting that got out of hand, Henry Robert, a renowned army engineer, wrote down a set of rules for running an orderly and efficient meeting in 1876. You may have heard of Robert’s Rules of Order, but who was Robert? Well, we have his story and the how and why of his famous Rules here.

The army was a way of life for many people in the 1800’s. One of them was South Carolina’s James Longstreet. After a successful campaign for the United States in the Mexican-American War, he became a Confederate General under Robert E. Lee. He was known as a brilliant battle tactician, so much so that Lee called him his “Old War Horse.” His life after the Civil War is uplifting and worth hearing. You can do so here.

The army life was also very influential on mechanic, inventor, and artist Vollis Simpson. During World War II, Simpson who was stationed on the Pacific Island of Saipan, built a windmill out of parts salvaged from a junked B-29 bomber to power a washing machine for his fellow soldiers. After the war, and after retiring from a successful house-moving business (yes, they actually moved entire houses) he built more windmills, later called whirligigs, just as art. By 2013 Simpson’s whirligigs were designated the Official Folk Art of North Carolina. It’s a whimsical story and we have it for you here.

There’s folk art and there are folk heroes, but few are as big – literally – as that famous seven-footer Andre the Giant. Growing up (and up!) in France, Andre started wrestling professionally in Paris at the age of 18. After a long career as a popular wrestler and actor, Andre retired to his ranch in Ellerbe in North Carolina. It’s a tale with a bittersweet ending of this man who was bigger than life, much bigger. Listen to it here.

A couple of hundred miles west of Andre’s ranch is the 6500-acre Cradle of Forestry Historic Site in the Appalachian Mountains closer to Tennessee than the Atlantic. It was here that German immigrant Carl Schenck, who was hired to manage the forests of George Vanderbilt’s vast estate of almost 200 square miles, began applying scientific methods for caring for the trees. He noticed that the young men he had working for him were interested in learning his system so he began the very first Forestry School in America. You can listen to Carl’s story here. 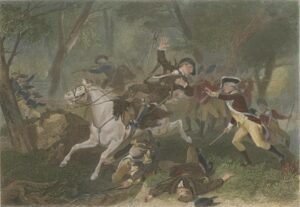 In the Revolutionary War, the Battle of Kings Mountain fought on the border of North and South Carolina, was a decisive victory for the Americans over the British and a turning point in the War for Independence. Back in 1780, the things we take for granted today hadn’t even been dreamed of – this was fifty years before the invention of the telegraph! Communication was a huge challenge and messages had to be hand-carried from sender to recipient. A Tennessee native, Joseph Greer, was chosen to deliver the message of the American victory to the Continental Congress in Philadelphia, more than 550 miles of enemy-infested mountainous wilderness away! He earned the nickname “Kings Mountain Messenger,” and that story can be heard right here.

Another Tennessee soldier’s heroics on the battlefield eventually grew to the size of legend. During World War I, Sergeant Alvin York, a US Army marksman was part of a small group of Yanks that captured 132 Germans. After the war, he was proclaimed an American hero and by the time the Second World War began, he was an American icon, credited with recruiting hundreds for the war effort. His is a story of bravery and patriotism. We have it for you here. 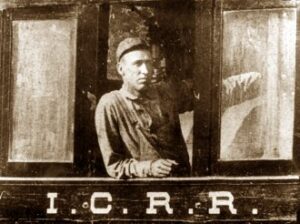 There have been so many stories told, songs written, and movies made about another Tennessean that it would be easy to believe that he didn’t exist. But yes, there really was a Casey Jones, and he really was a railroad engineer. In fact, Jones was one of the most highly respected railroad engineers in the late 1800’s. He was so punctual that it’s said that people would set their watches when they heard his distinctive train whistle go by. His story and that of his heroics at the end of his life can be heard here and here. He’s one of many Colorful Characters whose story couldn’t be told in just one HearHere episode.

Many of the people whose story we share with you are famous and easily remembered, but then there are others who you may have never heard of. Some of their stories grew into the stuff of legend; some of the others have almost faded to obscurity. But one thing is for certain, you can believe that HearHere will keep bringing them to you.  Subscribe today by following this link.