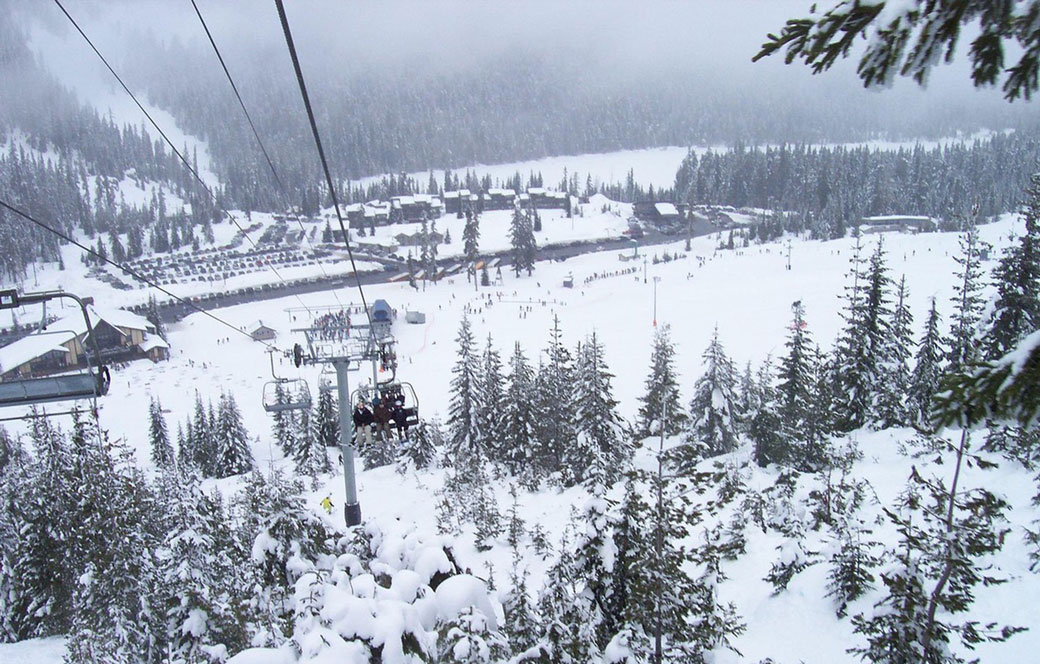 While the latest “Atmospheric River,” pumping tons of moisture into the Pacific Northwest, made for some sloppy driving conditions closer to sea level, up in Washington’s Cascades it came down as snow. Skiers and snowboarders rejoice! Snow, snow, and more glorious SNOW! This is the time of year you’ve been waiting for!

This is the third in a series of posts where AAA jumps in the car for a ski trip with the folks at HearHere. They call their app “The Ultimate Road Trip Companion,” and it truly is. HearHere subscribers are treated to entertaining and educational stories as they motor the highways not only of Washington but across the country. Check them out here. They have thousands of stories in their vast library, and today we’re taking them with us as we take off from Tacoma heading up to White Pass Ski Area for some of its namesake powder.

Let’s head south on I-5 out of town. We’ll catch up with Washington State Highway 7 down in Spanaway and then U.S. Highway 12 up to White Pass. But as we’re leaving town, catch a glimpse of that long silver building next to the Tacoma Dome. Inside that building are 350 cars on display, cars that are notable for their speed, technology, and design, as well as their importance to American car culture. It’s the LeMay-America’s Car Museum and it houses just a portion of Harold and Nancy LeMay’s vast car collection. Harold had a very successful refuse company here in Tacoma, and legend has it that he had his garbage truck drivers keep an eye out for old vehicles as they went on their weekly trash runs around the Northwest. They would report seeing an old vehicle back and the collection grew again. There’s plenty more to this fun story and you can listen here. 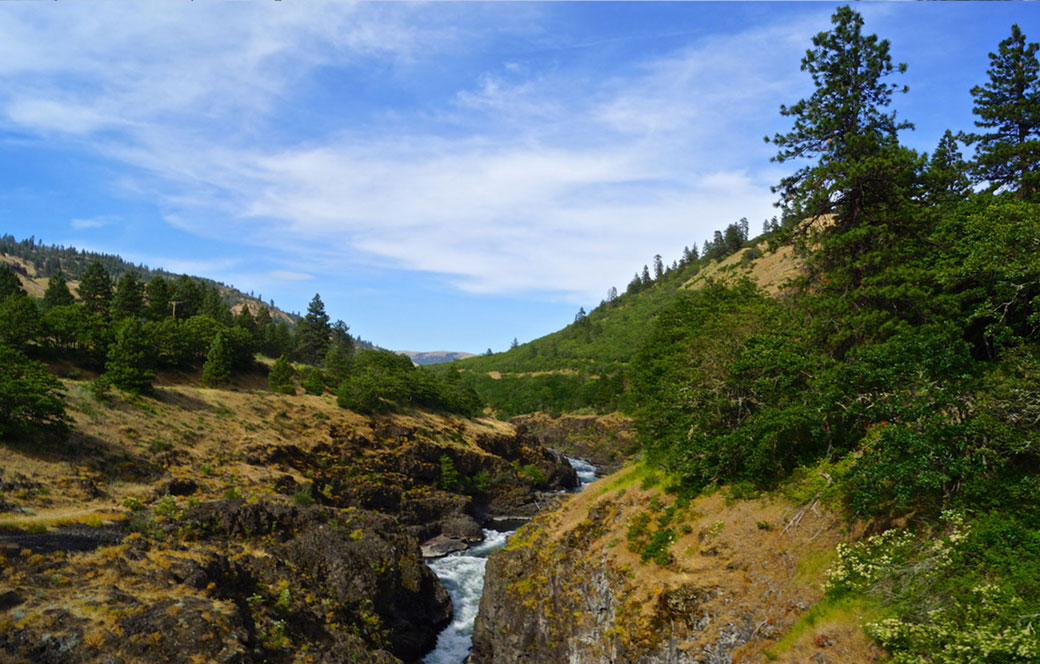 We’ll keep heading south on U.S. Highway 7 into the foothills of the Cascades, along the north shore of Alder Lake. This 7-mile-long reservoir on the Nisqually River was created by the construction of Alder Dam in 1944. At the very eastern end of the lake is the town of Elbe, where we cross over the Nisqually River and continue on to U.S. Highway 12 at the little Lewis County town of Morton. About 11 miles east of Morton — which, by the way, was the "railroad tie capital of the world" in the 1950s — is the even smaller community of Mossyrock. It began as a trading post in 1852, named after a 200-foot high moss-covered rock at the east end of Klickitat Prairie. The Indian name for the area of Mossyrock was Coulph and actually, when the town began, the Cowlitz tribe was its only inhabitants. Here in East Lewis County are the Ancestral Lands of the Cowlitz and Klickitat Native American Tribes. There’s a great story on the town right here.

One of HearHere’s founders is Kevin Costner — yes that Kevin Costner — and one of the things that he stresses is their devotion to telling the story of a place beginning with its original inhabitants. As he puts it, “The most important thing to me, and why I chose to be a part of this idea, is that we agreed as a group that no matter the region, we would always start with the history of the first people and the stories of first contact. It’s not only our responsibility; it’s our obligation to understand and to pass on faithfully the stories of the people who flourished here for thousands of years.”

As we head east towards White Pass on U.S. Highway 12, we travel through the heart of the land that the Cowlitz people called home for centuries. Actually, Highway 12 roughly parallels the Cowlitz River. The Cowlitz have been called the blue bloods of southwest Washington. Although ethnically unified as a tribal unit by geography, intermarriage and customs, the Cowlitz people are divided into two main groups — the Taidnapam, or Upper Cowlitz, and the Lower Cowlitz. The more populous Lower Cowlitz occupied some 30 villages dotting the Cowlitz River from Mossyrock downstream, while the Taidnapam inhabited villages east of Mossyrock, and camped at higher elevations of the Cascade Crest and even a few miles east of the divide. The name Cowlitz means "seeker" and there are place names of Washington that refer to the tribal practice of sending their youths to the river’s prairies to seek spirit power as "capturing the medicine spirit." HearHere has more of their story here.

Way more often than not, HearHere’s stories are about the people that inhabit a place — or did at one time. And as we climb towards the Cascade Crest, one of the stories of White Pass Ski Area is the story of two twin brothers and their dad, Spike. When you grow up in a ski area you just might become a great skier. When you work really hard and live on skis, you just might become an Olympian. The Mahre twins Phil and Steve did both. When their father Dave "Spike" Mahre became the mountain manager at the White Pass ski area in 1964 they moved into a home with their 7 siblings near the base of the lifts. On the US SKI Team and winning Olympic medals at an early age, their story is intertwined with the history of White Pass, but there’s more to this ski area’s pedigree — a story that continues to this day, and here it is.

Visit hearhere.com/aaa to learn more about taking HearHere along on your next road trip.

Images thanks to Getty Images.