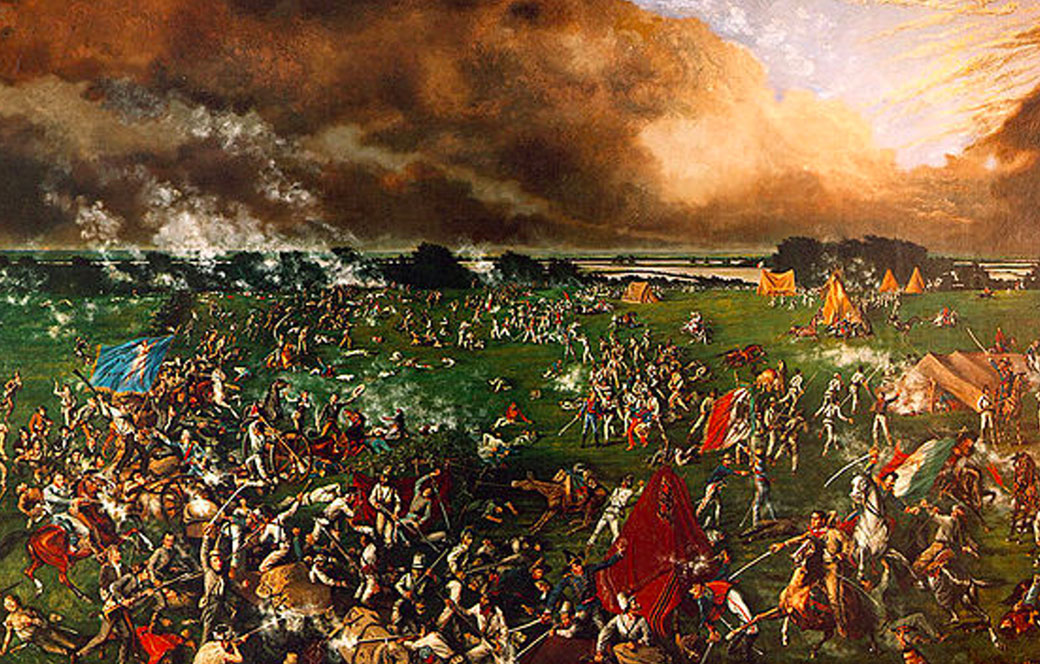 At HearHere, we put together stories for you – to keep you entertained, amused, and hopefully informed about the places that you’re driving through. Think of us as your pal sitting in the passenger seat – your pal who could win on Jeopardy! That’s why we call our app “The Ultimate Road Trip Companion.”

While we work our way across the country we want to take you with us – and we’d really like it if you took us with you as well. (Register here for your free trial.) So let’s get back on the road. Today we’re cruising into Big Ol’ Texas, blowing into Oklahoma (which is more than just OK!) and finishing up in jazzy Louisiana for dinner.

They say that everything’s bigger in Texas. It is a big state and some big things have happened here. As they say, there have been “six flags over Texas.” Six nations have had control over some or all of what is now the state of Texas: Spain, France, Mexico, the Republic of Texas, the Confederate States of America and the United States of America (once before the Civil War and currently). The transition from one to the other wasn’t always easy and peaceful. Take, for example, when Texas was wresting its independence from Mexico. Bloody battles were fought throughout the region but the most decisive was the Battle of San Jacinto where General Sam Houston, with 1,000 men of the Texan Army, annihilated Santa Anna’s 1,400-man Mexican force – in 18 minutes! It stands as one of the world's greatest victories and you can listen to it here. 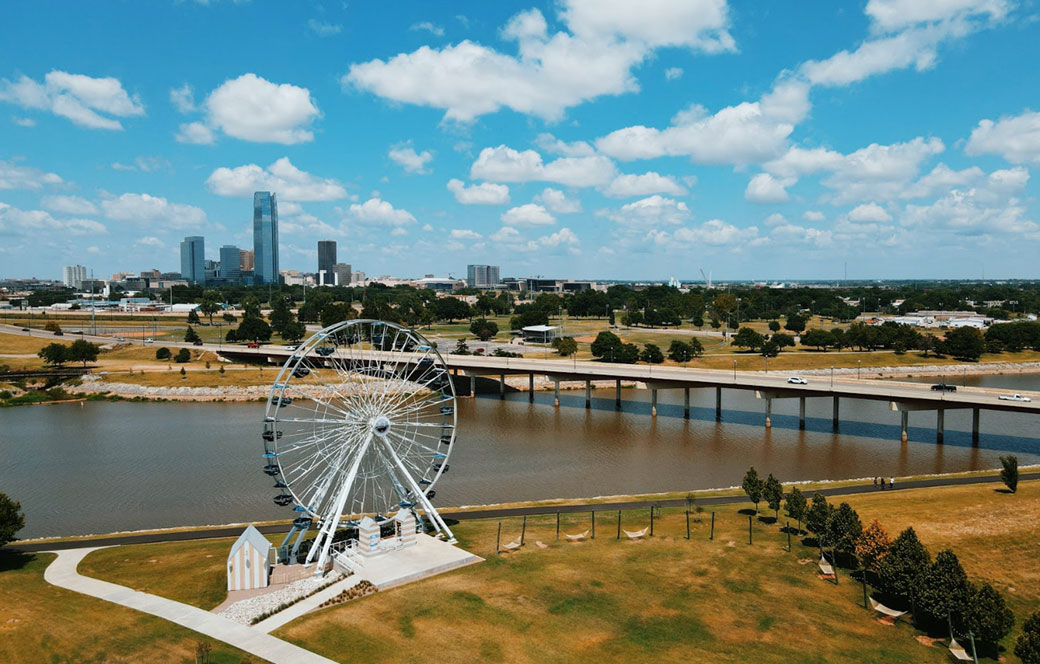 But in addition to those six flags, the area now known as Texas was also ruled by Indigenous people who lived here for centuries. One of the most feared tribes was the Penateka Comanche. In 1846, a group of 4,000 German immigrants led by Baron Otfried von Meusebach was sold a land grant – sight unseen – in Penateka territory by a shady businessman. One part of the deal was that if the Germans didn’t establish a settlement there within a year, they’d forfeit the land AND their money. Baron Meusebach knew he had to do something – and quick. He managed to carve out a treaty with the Penateka which is still being honored today – the only pact between whites and Native Americans that was never broken. That story is right here and is worth a listen.

Fifty years later, the city of Crush, Texas was a town for only one day in the late summer of 1896 and because everything’s bigger in Texas, it was the site of one of the biggest publicity stunts in American history. Billed as the “Crash at Crush,” it was the bright idea of William Crush, a passenger agent for the Missouri–Kansas–Texas Railroad, who sponsored the event. He came up with the idea of crashing a couple of trains together to attract public attention to the railroad company. And it surely did – not quite as he had intended – but it did make news around the world. It’s one of those stories that you don’t know whether to believe or not, but it’s true and it’s here for you.

Another, although slightly more believable, unique story is how the panhandle of Oklahoma actually became part of the State of Oklahoma. Between 1850 and 1890, most maps called the area “public lands,” but most people simply called it “No Man’s Land.” This narrow strip of land about 34 miles wide about 168 miles long between Kansas Territory and the Texas Panhandle was where nomadic Plains Indians and traders went freely about. Eventually, squatters moved in, towns grew and there was a push to make this chunk of land into its own state. We know that didn’t happen, but how the whole process evolved is a great story and we have it right here for you. 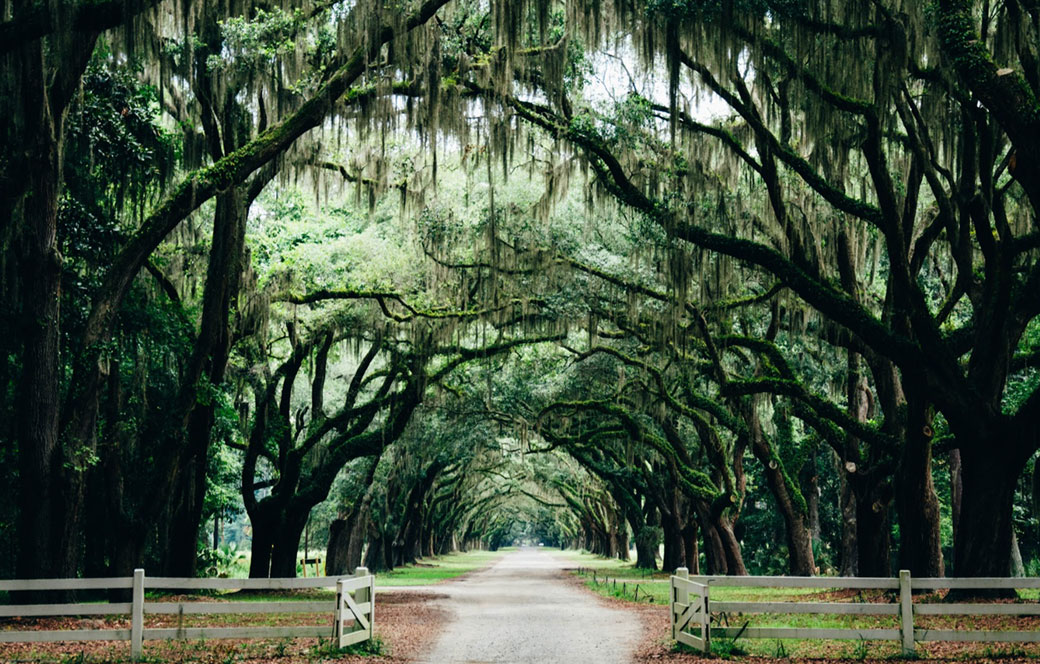 Actually, at one time Oklahoma was known simply as “Indian Territory.” It was where Native Americans were sent to live after the US Government “appropriated” their homelands.  While that history is sometimes sad and tragic, there are some bright spots that shine out, like the story of Jim Thorpe. He was a member of the Sac and Fox Nation. In his native language, his name was Wa-Tho-Buck which means “Bright Path.” The name couldn’t be more fitting. He went on to be known as the World’s Greatest Athlete; an Olympic Champion, a professional football star, major league baseball player, and professional basketball player. It’s an inspiring story. Listen to it here.

Oklahoma is also known as “Tornado Alley,” and for good reason. Frequent and often violent interaction between cold, dry air from Canada, hot, dry air from Mexico and the Southwest, and warm, moist air from the Gulf of Mexico produce some wild weather here. An average of 62 tornadoes strike this state every year! In addition to these deadly twisters, being at the intersection of these three weather systems brings huge fluctuation in temperatures – it’s been known to be in the 80’s in the morning and well below freezing by sunset. It’s another HearHere story that will have you shaking your head and here it is.

70 out of Oklahoma’s 77 counties have feral hogs, and the hog populations in the state are estimated to be anywhere from a million to 1.6 million. That’s a lot of pork! Down in Louisiana, they’ve been hunting feral swine for a long time and these days there’s even a competition to name the best hog-hunting dog. It’s named after three-time Louisiana governor "Uncle" Earl Long, an avid boar hunter – yep that’s right, Uncle Earl's Hog Dog Trials. If your dog can simultaneously howl just right while also controlling a wild boar, it might have what it takes to win! All kidding aside, it’s a serious competition and people (and their hounds) prepare rigorously for it. You can hear more about it right here.

Phonetically Hog Dog and hot dog are pretty close. Gastronomically hot dogs and Andouille sausage are also kind of close. In Louisiana, early German settlers intermarried with the French and Acadian people who had settled there decades earlier. So many Germans moved to one area in Louisiana that it was nicknamed the “German Coast!” This mix of ancestry produced delicious Andouille, a smoked pork sausage with French origins. One place, in particular, is famous for its Andouille. In the 1970s, then-Governor Edwin Edwards proclaimed the city of LaPlace the "Official Andouille Capital of the World"! Since 1972, LaPlace has held an Andouille Festival every October. If you’ll pardon the pun, it’s La Place for French Sausage on the German Coast! The story of LaPlace and the German Coast is worth a listen and you can do so by clicking here.

People from many different places and different ways of life have settled in Louisiana – and still do. Not only has this combination come up with delicious things to eat, but also wonderful things to listen to. Jazz developed at the turn of the 20th century in south Louisiana and was born from a combination of musical traditions: work songs, spirituals, blues, and ragtime. From the early days of vaudeville to the formidable first years of jazz, one town – Donaldsonville – was a hotbed of musical activity. Some people have gone so far as to say that without the musicians that came from Donaldsonville, jazz might not be here today. It’s a swinging story and we’ve got it for you. Click here to listen.

Of course, there’s more to Texas, Oklahoma, and Louisiana than just these few stories. At HearHere we have hundreds of stories about the people, the places, the history, (and more) of these three states. We have thousands more from other states as well. As we work our way across the country we’ll share new stories with you – but you have to subscribe. You can do that by clicking here. We pride ourselves in being your “Ultimate Road Trip Companion” and hope that you’ll get as much enjoyment out of these stories as we get in bringing them to you.