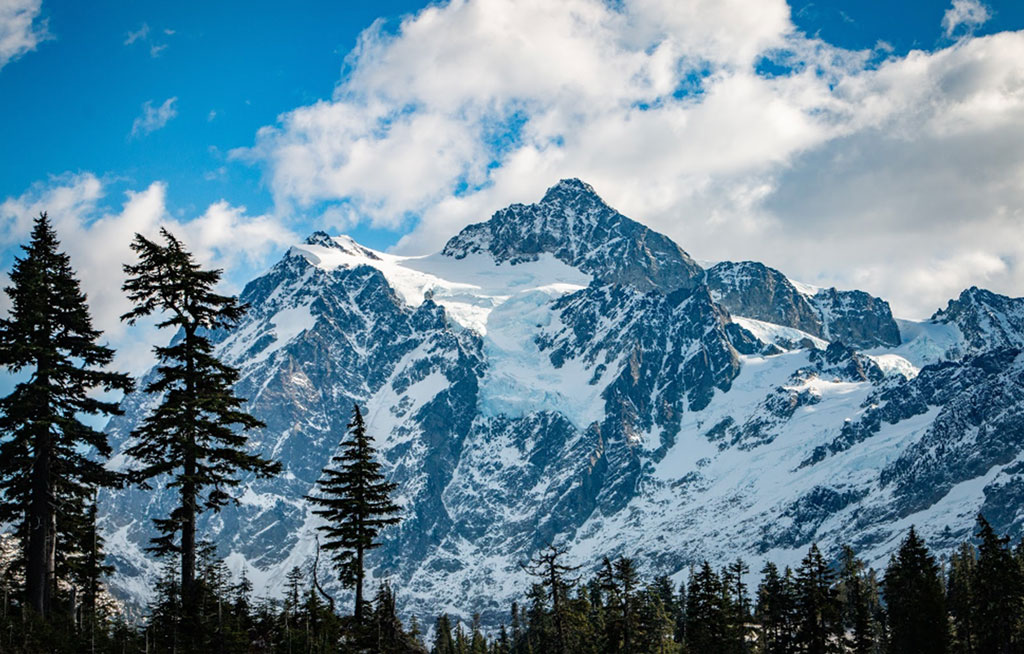 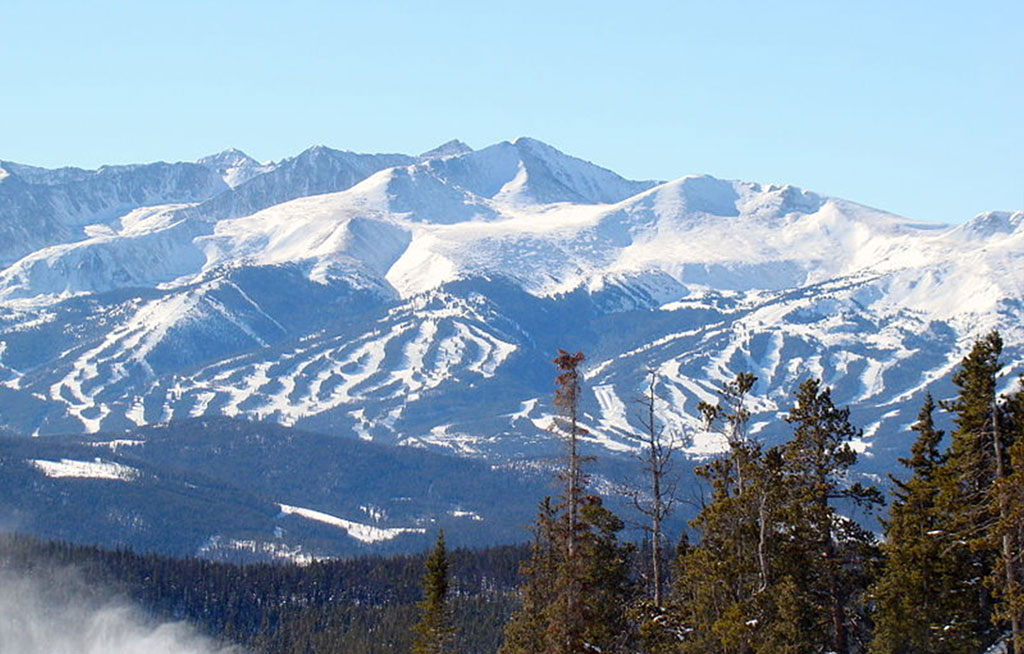 This time of year here in Colorado means one thing – snow. This state is world-famous for its champagne powder and easily accessible ski resorts. So, in the HearHere tradition of being Your Ultimate Road Trip Companion, hop in, buckle up, and join us as we share stories of a fun loop through Colorado’s Ski Country. It’s a sweet ski circuit and our first stop is a day of playing in some Front Range snow at Eldora.

Eldora was first conceived in 1961 when four men purchased a 400-acre parcel of land from the Forest Service. To stay competitive with many of the other front-range ski areas (all of which are now defunct) a lodge was built and the road improved. The resort installed its first chairlift, Little Hawk, in 1967. Still running today, it’s the oldest operating chairlift in Colorado.

But don’t let old Little Hawk make you think that the resort is outdated. These days there are 10 different lifts including new high-speed ones and the resort has expanded a couple of times as well. Along with its facilities and terrain improvements, Eldora which is the closest ski area to Denver and Boulder has had a surge in popularity primarily due to the traffic congestion on I-70 heading to the bigger, higher-altitude areas. You can listen to Eldora’s story here.

From Eldora, our next destination is the historic town and ski resort of Winter Park. We’ll take Colorado Highway 119 down to I-70 and head west – and up! We’ll get off I-70 at US Highway 40 and after the town of Empire – home of the original Hard Rock Café, by the way – we start climbing 11,307-foot Berthoud Pass. This pass is one of the most notoriously difficult passes in Colorado for motorists, not just for its height but also the steep grades on both sides plus a seemingly endless number of switchbacks.

However, since 1940 skiers and snowboarders down in Denver can forego Berthoud and take the Winter Park Express ski train to Winter Park through Moffat Tunnel. The mountain opened for the 1939-40 ski season as Winter Park Ski Area and was actually owned and operated by the city and county of Denver for nearly 70 years. In 2018, readers of USA Today voted Winter Park the "Best ski resort in North America.”  Today it boasts 167 trails and 25 lifts. Listen to more of Winter Park here.

After a day in Winter Park, we’re going to continue west US Highway 40 over Rabbit Ears Pass and down into the historic town of Steamboat Springs and the legendary Steamboat Springs Resort.  Unlike most major ski slopes, the vision to build what would one day become this vast mountain resort sprang from pioneer skiers viewing Steamboat’s potential from an already existing slope called Howelsen Hill, an early run founded by Norwegian Carl Howelsen. Carl was a downhill and cross country ski champ, and also one of the original ski jumpers. Known as "The Flying Norseman," he moved to Colorado in 1905 and helped establish skiing here, setting up Howelsen Hill in 1915 -- the oldest continuously operating ski area in North America; also home to the Steamboat Springs Winter Sports Club, the earliest established ski club west of the Mississippi. Click here to hear the rest of Steamboat’s story.

Our Ski Country road trip continues as we head south on Colorado Highway 131 to I-70 where we head east over Vail Pass and down into the Copper Mountain area. Copper Mountain was once an active gold mining area in the mid- to late-1880s. Occupied by miners, loggers, fur traders and prospectors, the area became known as Wheeler Junction, named after original settler, Judge S. Wheeler. In 1971, Chuck Lewis purchased 280 base-level acres and initial construction began on the ski trails. The resort opened in November 1972. By a fortuitous twist of meteorological fate, Copper Mountain was an unexpected host to the World Cup tour in1976 when the original venue, Heavenly Valley, California, was low on snow.

Copper became the late-season replacement, featuring four alpine ski races -- slalom and giant slalom for both men and women. Rosi Mittermaier of West Germany won both women's races, clinching the world’s overall and slalom titles right then and right here. A grateful Copper Mountain named Rosi's Run after her that same weekend. There’s more to our Copper Mountain story and you can hear it here. 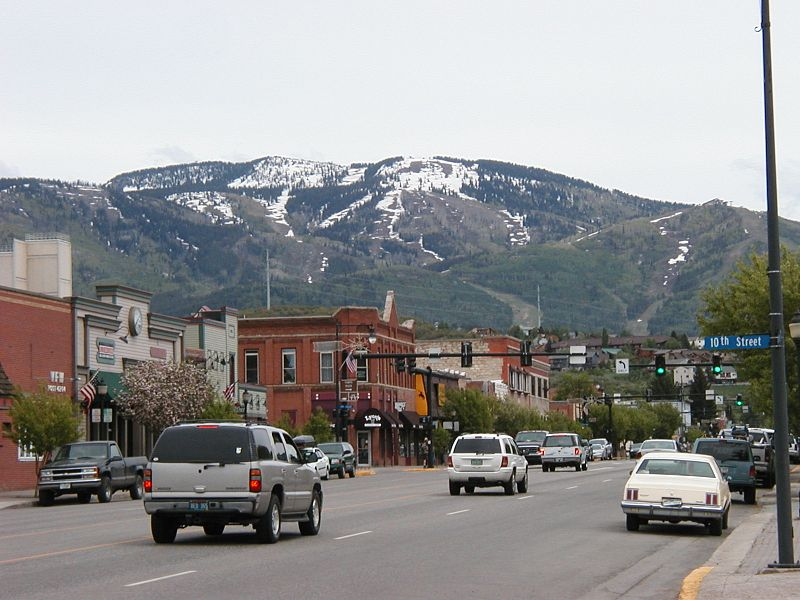 After a day at Copper let’s treat ourselves to a break in Breck – Breckenridge that is. Prospectors came to what is now Summit County, then part of Utah Territory, during the Pikes Peak Gold Rush of 1859, soon after the placer gold discoveries east of here, near Idaho Springs. These days, this historic town is an outdoor sports mecca all year-'round with world-class fly-fishing, mountain biking, whitewater rafting, and hiking in the summer and some of the world’s best skiing and snowboarding in the winter. If outdoor recreation isn’t enough for you, there are also countless stores, boutiques, and restaurants to keep you entertained. You can hear our story about the Kingdom of Breckenridge right here.

The last stop on our loop is Arapahoe Basin – affectionately known as “A-Basin” or just “The Basin” – about half an hour from Breckenridge on US Highway 6.  Whatever you call it, one thing’s for sure: we’ve found our way to one of Colorado’s oldest and highest ski resorts.  In 1945, just months after World War II ended, Denver’s Winter Sports Committee sent "Larry" Jump – a US Army 10th Mountain Division veteran; and "Sandy" Schauffler, member of the 1940 Olympic ski team – out to locate a potential ski area. They found this huge powdery bowl. Because of its high elevation – over 13,000 feet at the summit (the third highest in North America) –  and its north-to-northeast face, this place usually stays open until early June, and sometimes as late as early July, while most other Colorado ski areas close in early April. The Basin has a long history and you can hear our story on it right here.

As we leave Arapahoe and head back down I-70 to the flatlands east of the Rockies (maybe for a hot tub and a massage after all this fun on the snow) we hope that you’ve enjoyed our stories. These are just six of the thousands that we’ve put together for you and we promise to keep bringing more to you as we travel across the country. If you’re not a subscriber, you can easily and quickly do so by following this link. (Pssst… A HearHere subscription makes a great, useful, and long-lasting gift!)