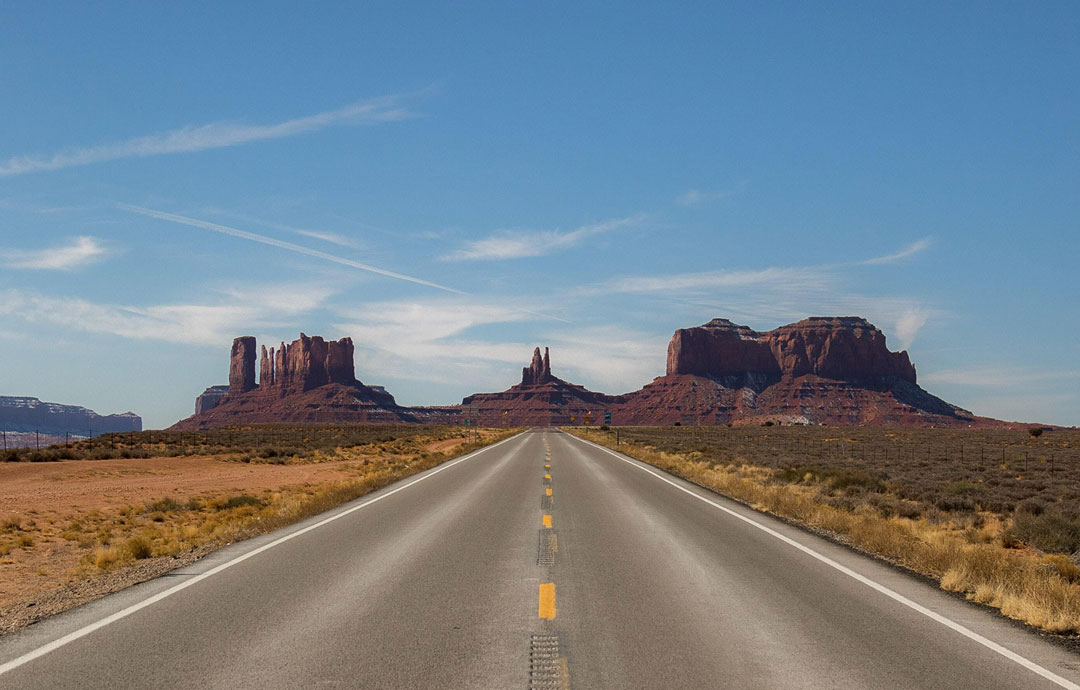 What may seem like endless miles of straight desert roads through Nevada are abound with great stories. And Utah...it may be the most diverse and geographically interesting state in the US.

The route that Interstate 80 follows today across Nevada is pretty close to the California Trail which was the main thoroughfare for wagon trains and Gold Rush hopefuls heading to California in the middle of the 19th century. An important waypoint on that trail was Battle Mountain. How it got its name is still a mystery, but like almost every other settlement in the 1800’s West, Battle Mountain owes its early existence to railroads and mining. Today it still relies on mining, but it’s also into going fast. Teams from all over the world attempt to build and pedal the fastest bicycles on earth for the "World Human Powered Speed Challenge" held annually in Battle Mountain. Our team has put together a great story on this place. Listen here.

There’s something about the wide-open highway in Nevada that is conducive to speed. Let’s veer off I-80 and aim the car south down US Highway 93, catch US Highway 6 in Ely and take that to State Route 318, the site of the Silver State Classic Challenge. The Challenge is an authorized Open Road Racing event that’s been run since 1988 on a 90 mile stretch of 318. Guinness has called it the fastest road race in the world! It’s on this piece of pavement that Charles "Chuck" Shafer and Gary Bockman averaged over 207 miles per hour in May 2000, in a Chrysler LeBaron Automobile Racing Club of America sanctioned race car, the fastest speed ever on a public highway. While high-speed race cars get most of the publicity, the majority of participants race mainstream street cars at average speeds ranging from 95 to 150 mph. These cars run the gamut from sports cars like Corvettes and Mustangs to sedans such as Nissan Skylines, Mercedes wagons, and even Saturns! But sorry, this is wide open highway – there are no crash barriers so spectators aren’t permitted. However, we’ve got the story – here.

Okay, let’s slow down and go back in time. No road trip through Nevada would be complete without a ghost town or two. Back on Highway 93 we drive through Pioche. Officially, Pioche is considered a ghost town, even though there are still around a thousand residents here and it is the Lincoln county seat. So let’s call it a living ghost town. As with most boom and bust towns in the American West, this was a mining town that had more than 8,000 people in its 1860s boomtown days. But back then Pioche was known as the baddest town in the west; badder than Tombstone, badder than Dodge City, and all the rest. It was so bad 72 people were killed before one died a natural death. Nearly 60 percent of the homicides reported in Nevada during 1871–72 took place in and around Pioche! And there’s more, you can hear it here.

And then there’s Utah! The extremes are amazing. Take the Bonneville Salt Flats for example. This place is like no other in terms of unique beauty. In the right light before the winter water fully evaporates from the surface of the salt flats, you can stand in a mirror image between the heavens and earth—a place where the sky is the earth and the earth is the sky. This is one of the flattest places on the planet and is the remnants of a huge inland sea. It’s also a place with a long and equally unique history that begins back at the last Ice Age and runs through early crossings by desperate settlers. You can hear it here.

While the Salt Flats might be the flattest place in the world, Utah is also home to one of the steepest. A section of the Wasatch Range, the Wellsville Range at its northern end, is tall and particularly narrow. For this reason, it’s one of the steepest mountain ranges in North America. In other places, the Wasatch Range might not be quite so steep, but it makes up for it in sheer mass. The unique makeup of this range, with its jagged granite peaks, heavy snowfall of up to 40 feet per year, and its proximity to the Great Salt Lake with its “lake effect” low humidity, creates dry, powdery snow that is frequently touted as the best in the world for skiing. It’s no wonder the range is home to almost a dozen world-class ski resorts, from Sundance near Provo to Snowbasin just east of Ogden. But there’s much more to it than just skiing and we’ve got a full story on the Wasatch for you right here.

Even though the Wasatch might get 40 feet of snow annually, 85% of Utah is actually classified as desert. In fact, when you see an old Western movie, chances are good that it was filmed in this State. Monument Valley, especially, is an icon of the American West. In the words of movie critic Keith Phipps, "its five square miles have defined what decades of moviegoers think of when they imagine the American West." The first known human inhabitants of the area were the Anasazi Indians, who settled here in 1200 B.C. They created pictographs that are still visible today. The valley and monument area is now home to the Navajo Nation who manages the park through its Navajo Parks & Recreation Department. The Navajo piece of the story of Monument Valley is a compelling one and worth listening to. You can do so here.

At HearHere we try to break our stories into the different categories of History, Local Insights, Colorful Characters, Culture, Natural Wonders, Special Places of Interest, Sports, or Music to make it easier for you as a subscriber to listen to what interests you the most. But as you can see (and hear) every story we write, edit, and edit again until it’s ready to narrate could easily cross over into two or more. If you haven’t subscribed yet, you can start by enjoying five free stories a month. Simply register for your free trial today.