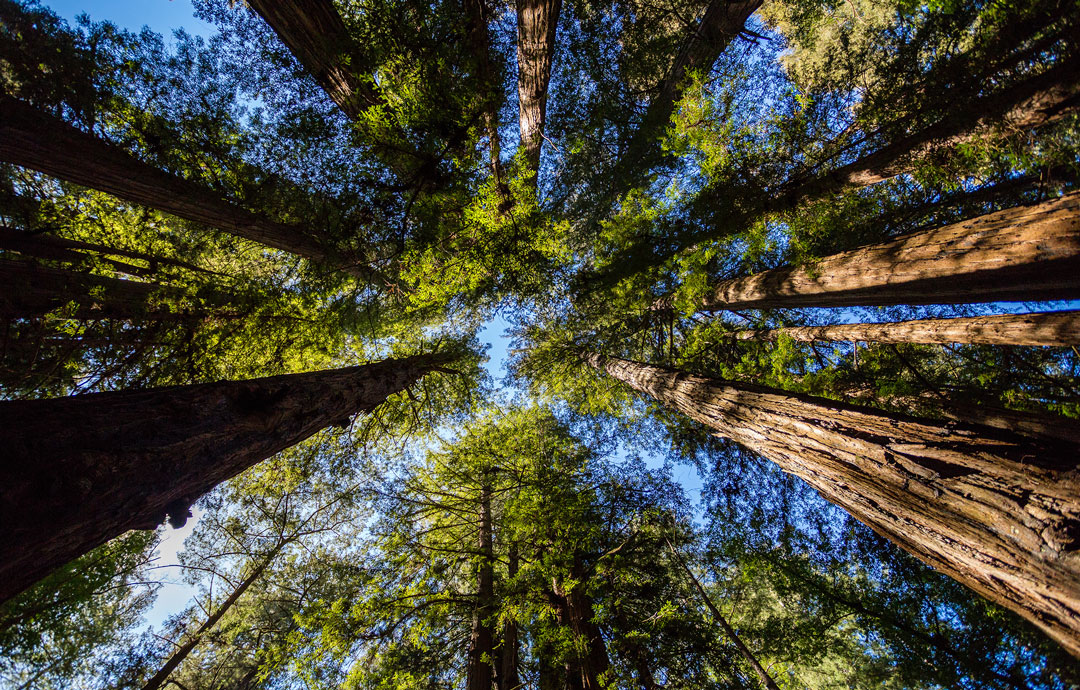 Chuck Leavell and The Magnificent Redwoods

At HearHere, we think that the stories we share are pretty amazing. The whole process of researching and writing is so fun and entertaining and most of all educational. We’re learning surprising things about places and people every day. Also amazing are some of the unlikely sources we uncover when we’re putting a story together.

Like this… while researching a story on the redwood forests of northern California, we came across a remarkable person, Chuck Leavell. Chuck is most commonly known for his incredible career as a musician. Chuck plays piano and began his career as a member of the Allman Brothers Band throughout the 1970s. Since the Allman Bros, he’s been the principal keyboardist and de facto musical director of The Rolling Stones since 1982. He’s performed on almost every Stones studio album released since 1983 and has also toured and recorded with Eric Clapton, George Harrison, David Gilmour, Gov't Mule, and John Mayer among others.

Chuck’s passion for music rivals his passion for trees. Yep, trees. He and his wife Rose have been living on more than 4,000 acres of land in Georgia since the early 1980s. Together they created Charlane Plantation, now an award-winning Tree Farm. The Leavells are two-time Georgia Tree Farmers of the Year and were selected as National Outstanding Tree Farmers of the Year in 1999. His most recent book is Growing A Better America: Smart, Strong, Sustainable, the theme of which is "smart" growth. It has been called one of the best "common sense environmental books of all time". He produces and hosts a 13-episode series on PBS called America’s Forests.

Early this summer, we reached out to Chuck and introduced him to HearHere and it just clicked. He’s passionate about forests and trees. And we’re passionate about US history and culture. We’ve coupled our passions and will begin working with Chuck to provide him a platform to tell his stories of the beauty, importance, and necessity of forests. To get a taste of what’s to come, Chuck has written and narrated his first story on HearHere featuring The Redwoods. You can listen to Chuck’s story here. here.

That’s just one example of the fun and passion that we are putting into each and every story for you. You get to hear the final result – a two or three-minute story – but realize that those couple minutes took hours of work by a team of professionals and sometimes guests like Chuck. As we work our way across the country – from west to east – we are discovering so much about the history, the culture, the colorful characters, and the quirky special places of this nation that it just blows our collective mind. Every day we say, “Really? I didn’t know that!”

You can be assured that when we get to Chuck’s stomping ground near his home in Macon, Georgia, he’s going to be deeply – and happily – involved because bottom-lining it – this is fun!

Traveling Through America with John Lithgow