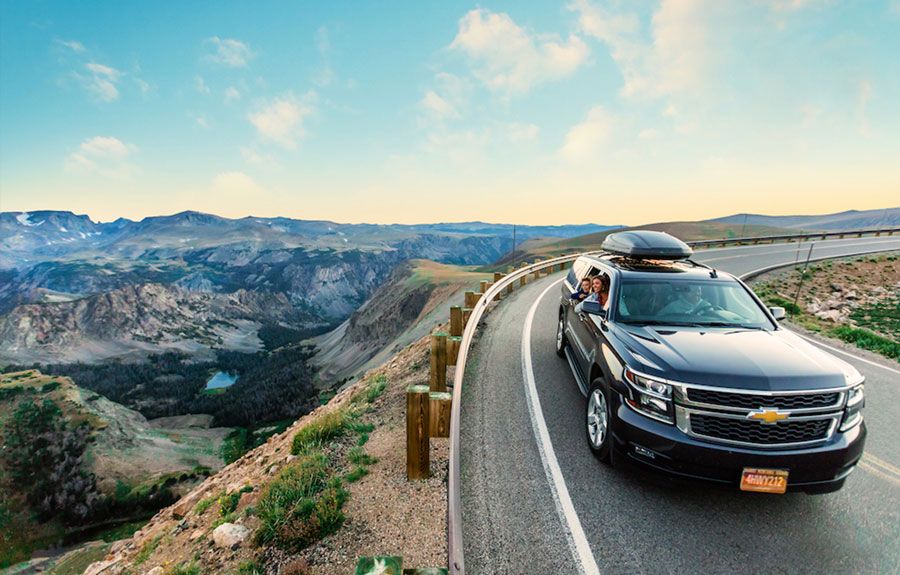 As we stray from the Pacific coast we find ourselves in the Northern Rockies, The Big Sky Country of the Great Plains, and the silver and gold history of these two states. And there’s so much more.

Beginning today, road trippers traveling through Idaho and Montana are now able to use the HearHere App for iPhone to listen to about the people, places, history, colorful characters and culture of both states. HearHere now offers stories throughout California, Idaho, Montana, Oregon and Washington - with more states coming very soon.

Idaho is probably best known for its potatoes, but that’s not all. The Snake River Canyon, which is on the border between Oregon and Idaho, is home to the deepest gorge in the country – deeper than the Grand Canyon – and it’s also the only place in the country where you can legally jump off a bridge without a permit! On top of that, how many remember that day in 1974 that Evil Knievel tried to jump across it on a rocket-powered motorcycle? It was on every television at the time. The HearHere team has put together a great story about the canyon and you can listen to it here.

And since we’re in Idaho, what about those potatoes? Well, yes, Idaho is the number one producer of this humble vegetable so of course the state makes some excitement about it. In fact, the little town of Blackfoot, in southeastern Idaho, bills itself as the Potato Capital of the World! Really! They even have a potato museum there. They call it the Idaho World Potato Exposition, and it houses the world’s largest baked potato and potato chip. Kinda makes you wonder, where then is the world’s largest french fry? So of course we’ve served up a story about Blackfoot and its spud obsession. How could we not? Here it is.

These days, thanks to our friend, John Dutton, Montana seems to be a little more known than Idaho. But it’s a huge state with a long history. We’ve collaborated with Visit Billings and Visit Big Sky to bring you some of these stories.

General Custer’s famous last stand at the Battle of Little Big Horn in the plains of eastern Montana was one of the defining moments of the United States government’s policy against Native Americans. We take you back in time and HearHere narrator Phil Jackson tells you about the strategies of both sides of the battle which was the biggest news of the day and shocked the people in the cities back east.

Besides history, Montana has some of the most extreme geography in the country. In this story, Phil describes a beautiful drive on the Beartooth Highway – the highest highway in Montana – through the Northern Rockies. This extraordinary stretch of pavement reaches almost two miles above sea level as it climbs over historic passes on its trip from the ski town of Red Lodge to the northeast entrance of Yellowstone National Park.

The California, Oregon and Washington HearHere stories helped us kick off the HearHere road trip companion, but it’s time to start moving inland. HearHere will offer stories coast-to-coast by Summer 2021. In the meantime, explore the stories from Idaho, Montana and more on HearHere for iPhone today. If you don’t have a subscription to HearHere for iPhone, all iPhone customers can hear five free stories a month, simply visit here to register.