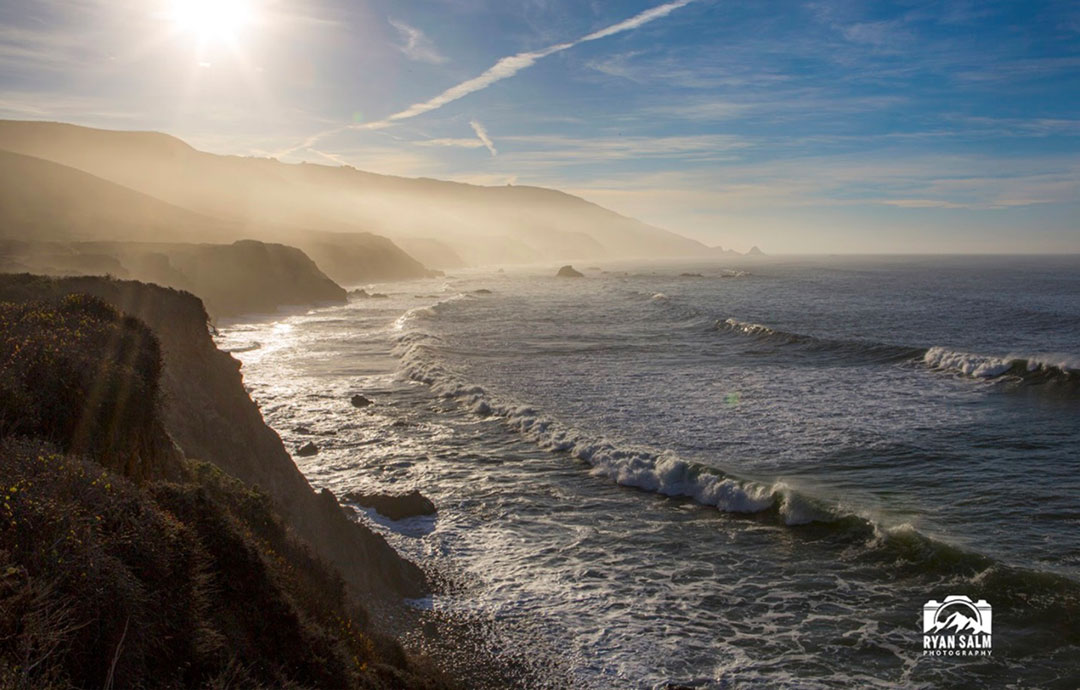 “. . . They had skies of pure azure and walls of fog moving in and out of the canyons with invisible feet, hills in winter of emerald green and in summer mountain upon mountain of pure gold. They had even more, for there was ever the unfathomable silence of the forest, the blazing immensity of the Pacific, days drenched with sun and nights spangled with stars. . .”

― Henry Miller, Big Sur and the Oranges of Hieronymus Bosch

The Pacific Coast Highway (PCH) runs most of the length of the California coastline beginning at the Mexican border.  As one of the most magnificent stretches of road in the lower 48, it twists and turns through vistas, past bluffs and pounding surf toward Oregon. One of the most beautiful sections of coastline is the rugged 139 miles from Morro Bay to Monterey. It’s mileage is short drive but boy is it a beauty.

While cliffs, lagoons, and sunsets abound, it's also where stories of shipwrecks, hippie springs, and hard-nosed pioneers were found.

History: The Shipwreck that created a highway

There wasn’t always a simple passage from Monterey around the Big Sur Peninsula. If it hadn’t been for the 1894 wreck of the SS Los Angeles off the coast of Point Sur there may not be one today. Upon hearing of the wreck, local physician, John L.D. Roberts loaded up his two-wheeled horse-drawn cart to help the injured men. The terrain contained river crossings, gullies and not a single bridge. The result of his arduous journey sparked an idea to create a road that would later become the Big Sur Highway.

If opulent ocean-view mansions and eye-popping scenery strike your fancy then Hearst Castle and beyond to San Simeon is the perfect pit stop on the Pacific Coast Highway. Once home to the Chumash Indians, the San Simeon region now hosts spectacular displays of mustard flowers, a popular kite and windsurfing beach and a plethora of marine life. Humongous northern elephant seals pack the Piedras Blancas rookery.

Situated in Southern Big Sur amongst redwood trees, a beach and a 100 foot cascading waterfall is Limekiln State Park. The ocean here takes on a tropical aura due to the small amount of lime seeping from a nearby creek into the Pacific. Once a large lime deposit it lured the Rockland Lime and Lumber Company from 1887-1890. The lime was packed into barrels, slid down cables and loaded into ships tucked in a nearby inlet. This lime was fundamental in making the cement used for construction in San Francisco and Monterey.

Pioneering businessman Charles Henry Bixby obtained a 160-acre land grant near Bixby Creek. After constructing a large sawmill he sought to improve the road system connecting his ranch to Monterey. Upon being denied aid by the government, he and his father hired men to help improve the track and construct the first wagon road. Bixby joined forces with William B. Post to extend the Old Coast Road 11 miles inland in order to circumvent both deep canyons and nearby rivers. Eventually, in 1932, the 260 foot Bixby Bridge was completed above the steep canyon and cliffs. It has become one of the most photographed and magnificent bridges on the Pacific Coast of California.

What could be more alluring to a visitor than redwoods, clear mountain springs and a magical natural hot spring? Sykes hot springs was a centerpiece in the hippie hot spring culture of the 1960s and remained a popular backcountry hiking destination until it was destroyed by torrential rains in the winter of 2017-18. At times overcrowded, the springs became a nuisance to the forest service as the number of naked visitors often outweighed the number of campsites.

It’s no wonder that the journey down this fabled stretch of highway is a bucket list item for all that dream to wander.